Home Page // Ten of the best Ways to Travel

Ten of the best Ways to Travel

Based on an article written by Dervla Murphy - The Guardian, Saturday 3 January 2009 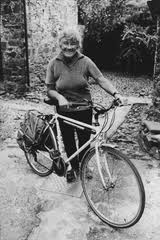 In this age of mobile phones, cybercafes and satellite links, it's harder than ever to truly escape ... but not impossible.
Dervla Murphy, who has ventured to the ends of the earth with only the most basic provisions, explains how.

There is, of course, a certain irony here.

Technology has rendered the traditional simple journey somewhat artificial. Previously, those who roamed far and wide had to be
isolated for long periods; now isolation is a deliberately chosen luxury. Had I died of a burst appendix in the Hindu Kush or the Simiens or the Andes, it would have been my own fault (no two-way radio) rather than a sad misfortune. Therefore, in one sense,
escapist travelling has become a game - but only in one sense. The actual journey is for real: whatever happens, you can't chicken out. You're alone where you've chosen to be, and must take the consequences. (I prefer to forget that nowadays one is never quite
alone. With all those satellites, the solitary traveller may be observed picking her nose in the middle of the Great Karoo.)

To facilitate escapism, I offer the following tips ...

Choose your country, use guidebooks to identify the areas most frequented by foreigners -
and then go in the opposite direction

This advice reeks of political incorrectness; it's "snobbish" to draw a clear distinction between travellers and tourists. Yet it's also realistic. The escapist traveller needs space, solitude, silence. Tragically, during my lifetime, roads have drastically depleted that
natural habitat. Adverts for phoney "adventure tours" make me grind my few remaining teeth. For example, "England to Kenya by truck! Overland adventure! See five countries in six weeks!" Who in their right mind wants to see five countries in six weeks? How not to escape . . . I always try to get off the beaten track. One favourite place where I did so was a trek from Asmara to Addis Ababa. Things are different now, but most people I encountered then had never seen a white person before. Even on more recent trips in
Russia and Romania - where I took fairly obvious routes that certainly weren't unchartered land - I always stayed away from the tourist trails.

Mug up on history

To travel in ignorance of a region's history leaves you unable to understand the "why" of anything or anyone. For instance, Castro's Cuba (the subject of my latest book) must baffle visitors uninformed about the 500-year lead-up to Fidel's revolution. But heavy
sociological or political research is unnecessary - although if you happen to fancy that sort of thing it will add an extra dimension to your journey. Otherwise, enough of current politics will be revealed as you go along, and in those happy lands where domestic politics don't matter to the locals you can forget about them.

Learn as much as possible about religious and social taboos, and then scrupulously respect them. Where gifts of money are inappropriate, find out what substitutes to carry.

In Muslim countries, such as Afghanistan, a code of conduct towards travellers prevents acceptance of money from guests, so I often buy gifts for the children from the local bazaars.

Travel alone, or with just one prepubescent child

In some countries even two adults may be perceived as providing mutual support, making acceptability by the locals less spontaneous and complete. Au contraire, a child's presence emphasises your trust in the community's goodwill. And because children pay little attention to racial or cultural differences, junior companions rapidly demolish barriers of shyness or apprehension often raised when foreigners unexpectedly approach a remote village. I found this to be the case in all my travels with my young daughter, especially when we travelled through Kodagu in southern India.

In sparsely inhabited areas carry a lightweight tent and sleeping bag. Elsewhere, rely on fate to provide shelter: dependence on those met en route greatly enhances escapism, and villagers are unfailingly hospitable to those who trust them. I have been welcomed into villagers' homes everywhere I've cycled or walked, and was always grateful for what was typically a space on the floor.

"Trust" is a key word for relaxed travelling among people whose different way of life may demand adaptability but should
prompt no unease or suspicion.

Be self-propelling - Walk or Cycle

For long treks, far from roads and towns, buy a pack animal to carry food, camping gear, kerosene for your stove if firewood is scarce - and of course your child, should he or she be too small to walk all day.

When organising such a trek, allow for spending a week or 10 days at your starting point, enquiring about the best source of pack animals. Take care to find a reliable advisor as well as a horse trader - preferably someone unconnected to the trader. In Ethiopia, in 1966, I was lucky enough to be advised by Princess Aida, granddaughter of the then-emperor, Haile Selassie, and half a dozen mules were paraded around the courtyard of a royal palace for my inspection. A decade or so later, in Baltistan, I bought a retired polo pony to carry Rachel, my six-year-old daughter, and our camping gear and supplies, including two sacks of flour because in mid-winter in the Karakorum, the villagers have no spare food. In Peru, as a nine-year-old, Rachel rode a mule named Juana for the first 600 miles from Cajamarca, but a fodder shortage necessitated her walking the remaining 900 miles to Cuzco: poor Juana had become so debilitated that she could carry only our gear.

It's important to travel light.
At least 75% of the equipment sold nowadays in camping shops - travel clotheslines, rolled-up camping mats, lightweight hairdryers - is superfluous. My primary basics, although it depends on the journey, are a lightweight tent, a sleeping bag suitable for the country's temperature, and a stove.

If assisted by a pack animal, take detailed local advice about the terrain ahead

And remember, campsites suitable for you may be disaster areas for a hungry horse or mule. Then you must press on, often to a site hardly fit for humans, but providing adequate grazing. We can do the mind-over-matter bit, while resolving never again to let
supplies run so low, but an equine helper doesn't have that sort of mind. If there's no fodder at 6.30pm, the mule cannot have consoling thoughts about stuffing it in at 6.30pm the next day. And there is nothing more guilt-provoking than seeing a pack
animal who has worked hard for you all day denied sustenance.

Abandon your mobile phone, laptop, i-Pod and all such links to family, friends and work colleagues. Concentrate on where you are, deriving your entertainment from immediate stimuli, the tangible world around you. Increasingly, in hostels and guesthouses, one sees "independent" travellers eagerly settling down in front of computers instead of conversing with fellow travellers. They seem only partially "abroad", unable to cut their links with home.

Evidently the nanny state - and the concomitant trend among parents to over-protect offspring - has alarmingly diminished the younger generation's selfreliance. And who is to blame for this entrapment in cyberspace? Who but the fussy folk
back at base, awaiting the daily (even twice daily) email of reassurance.

Don't be inhibited by the language barrier

Although it thwarts exchanges of ideas, it's unimportant on a practical level. I've wandered around four continents using only English and a few courtesy phrases of Tibetan, Amharic, Quechua, Albanian or whatever. Our basic needs - sleeping, eating,
drinking - can always be indicated by signs or globally understood noises.

Even on the emotional level, the language barrier is quite porous. People's features - particularly their eyes - are wonderfully eloquent. In our everyday lives, the extent to which we wordlessly communicate is taken for granted. In "far-flungery", where nobody
within 100 miles speaks a word of any European language, one fully appreciates the range of moods and subtle feelings that may be conveyed visually rather than aurally.

Be cautious - cautious as distinct from timid

The assumption that only brave or reckless people undertake solo journeys off the beaten track is without foundation. In fact, escapists are ultra cautious: that's one of their hallmarks, and an essential component of their survival mechanisms. Before
departure, they suss out likely dangers and either change their route - should these seem excessive - or prepare to deal with any reasonable hazards.

Granted, there's a temperamental issue here: is a bottle half-empty or half-full? Why should your bones break abroad rather than at home? Optimists don't believe in disasters until they happen and therefore are not fearful - which is the opposite of being
brave.

Invest in the best-available maps

And whatever you do, don't forget your compass.