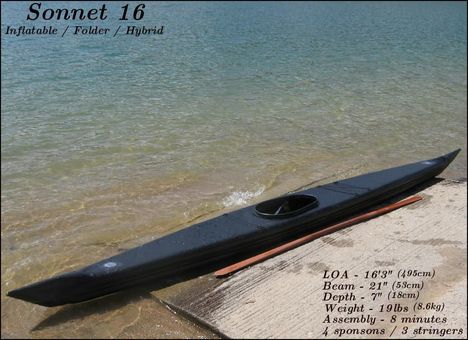 The Sonnet 16/4 is an inflatable / folder hybrid. The boat is put together with four Folbot sponsons (15' upper and 13.5' lower), three aluminum stringers, and two cross braces. There are no deck ridges or cross sections. The skin is 10oz PVC coated tarp. Assembly is consistently under 10 minutes, with disassembly under 5 minutes. 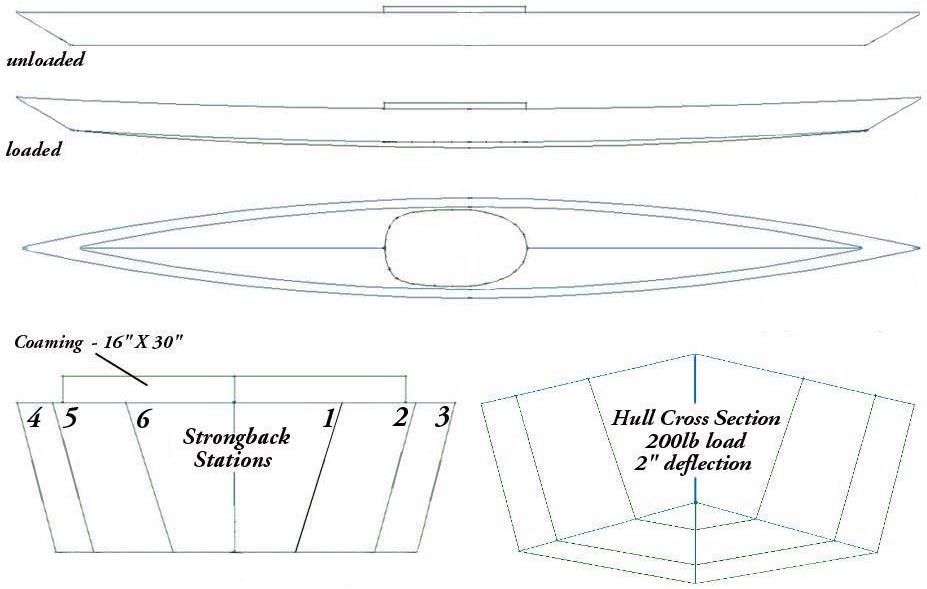 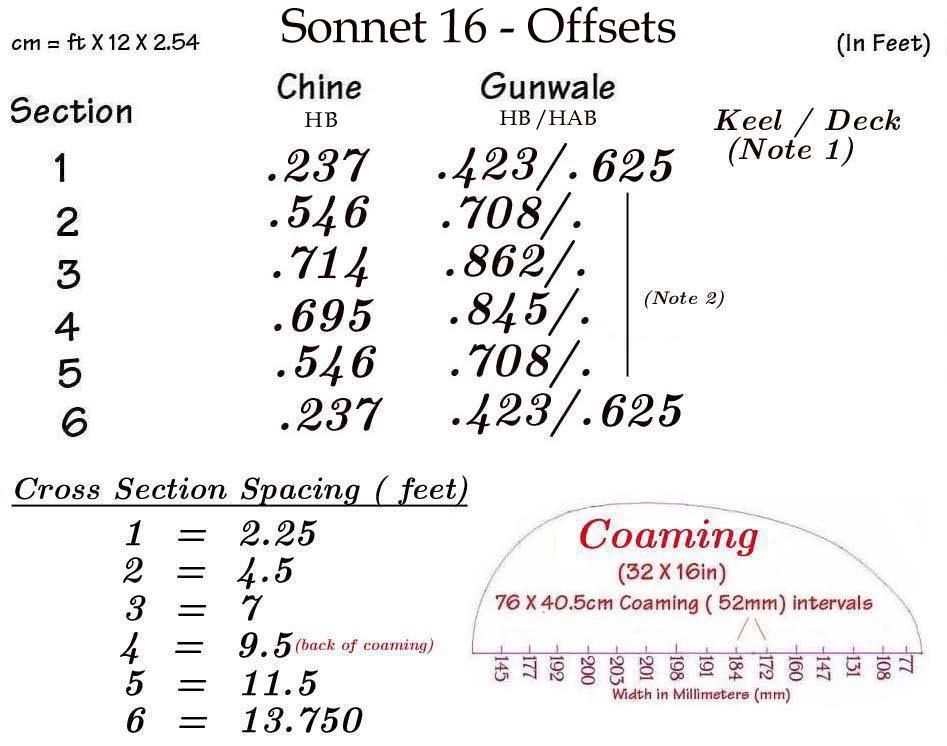 The keel is added to the bottom of the boat, so no offsets as needed for this.

There is no deck ridge.

The half breadth (HB) offests represent the width of the boat including the gunwale and the chine stringers (21" beam).

For a 21" beam, cut out the stations equal to the width of the stringers. This will normally be 3/4" (19mm) per side, but can be more or less based on the materials used. This will not affect the height above baseline (HAB) values.

For a 22.5" beam, cut out the stations according to the offsets, and add 3/4" stringers to the stations. 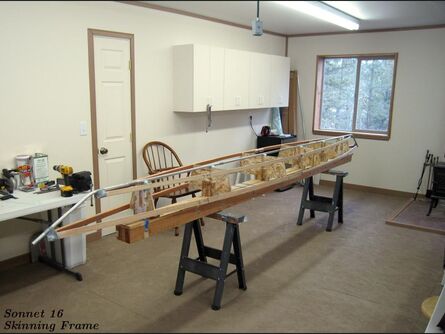 Michael Herrmann, Germany
On the water I was very pleased and happy with it. Easy to accelerate, it felt as fast as the Feathercraft Wisper but it behaved even a bit better in quartering seas/wind. Excellent to control, goes straight when it should and still turns easy if required. It fit's me like a glove (5'11", inseam 34", 158 pds).

David Long, USA
Overall, I like the Sonnet a lot. For general paddling in the lakes, rivers, and marshes around here, I would take the Sonnet before both the Sea Tour and the Sea Ranger. The initial stability is better than both. It's a very relaxing boat to paddle. The boat tracks well and turns easily. The inflated sponsons and side stringers give the hull more stiffness than I had anticipated. The Sonnet is a real recreational kayak and I mean that in the best possible way. I can have a boat in the car for the times when I happen upon a place that looks interesting to paddle. The bow of the sonnet rises up more over the waves whereas the Sea Ranger seems to punch through more.

Ocean Paddling: The Sonnet is great in the swells and tidal currents - tracks well. It has far exceeded any expectations that I had when I started.

The Sonnet continues to impress. The boat feels very solid in the Atlantic rolling swells, it is very easy to maneuver and surfs well when it catches a bit of a wave. I did a landing and launch again in the small surf on the beach at Napatree. The Sonnet is just fun to paddle, still very comfortable and relaxing, even in the larger swells. The Sonnet has been drawing continued interest from people at the launch sites and on the beach, etc. People seem to like the idea of a lightweight inflatable kayak that also performs well and actually looks like a kayak. I talked to a couple of kayakers on the beach at Napatree who said they watched me paddle around the point and were impressed with the way the Sonnet was riding the swells.

Ben Matthews, USA
Overall an excellent boat even compared to non-folders. I expect it will be great both for college and backpacking trips.

Robert Thongen, Thousend Oaks, California, USA
Overall first impressions were good. The kayak assembles fairly quickly the first time in about 15 minutes, and it weighs only 22 pounds. It is comfortable to sit in and paddle, handles well. It is the most stable boat I have paddled. All the others I have had to concentrate on balance as well as paddle, this one just need to paddle. Handles surf well, get some leakage around the spray skirt in side surfing, very stable when flooded. It rolls easy, static brace very simple the first time. From a capsize to side sculling it is back upright with 2 skulls.
Some things are not so positive, Since there is no rocker on the boat, your weight creates the rocker, and so if you have any water in the boat, you are sitting in it. It is hard to drain all the water out of the boat. Always some is trapped in the sponson sleeves, so when folding up there is always some water left in and when transporting and assembling again there is still some water in it.
When playing in the surf yesterday, I was really impressed with the stability, but got caught in several high braced waves, where it got hammered pretty well. On one of them the tubing on the chine took a bend, and the cross braces that snap into place came apart. The boat lost some of its shape, but remained still stable in the surf, and after paddling out through the surf, I realized that the spray skirt was about level with the waterline and there was quite a bit of water in the boat, but yet the boat was very stable. Paddled back to shore and removed the water from the boat, saw the bent tubing, and could not keep the cross bracing in place, and yet paddled easy back to the put in point.
Think I will like the boat, very relaxing to paddle, turns 180 degrees in nearly its own length, but realize that it is not built for heavy surf.

Thomas Ziegler, Germany
It tracks really well and still turns so easy. It reacts nicely to edging but not too much and the effect is much more apparent compared to the Sea Ranger. The Sonnet is quite fast.
Construction Details, Use - Rolling 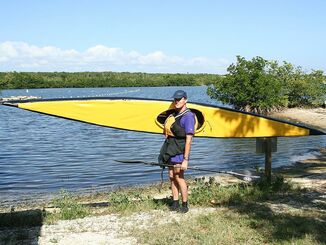 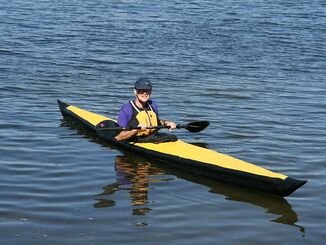 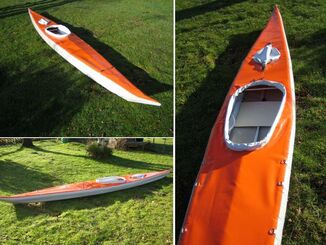 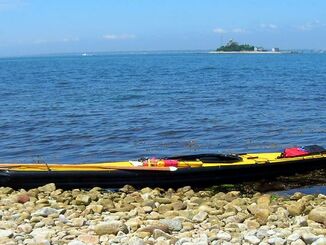 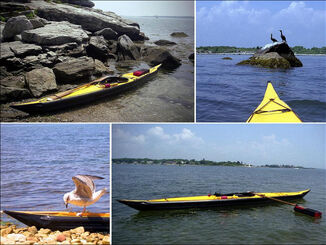 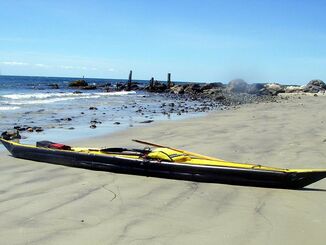 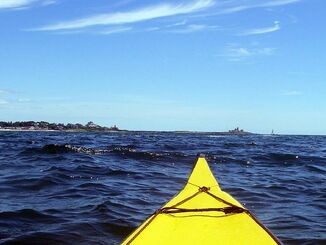 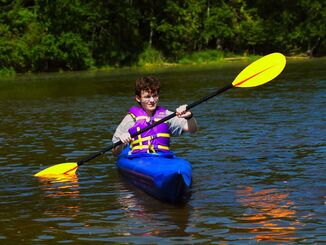 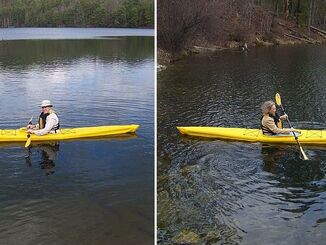 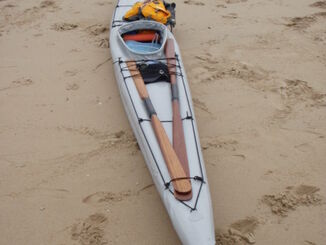 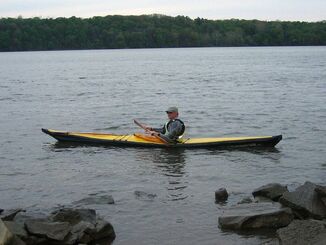 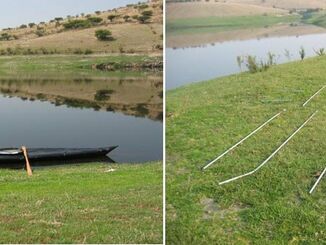 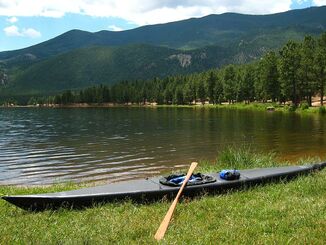 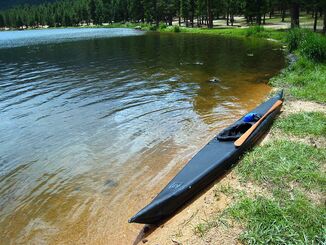 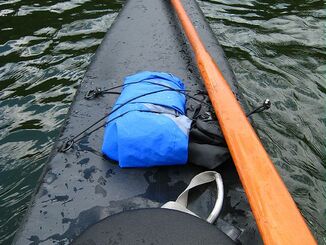 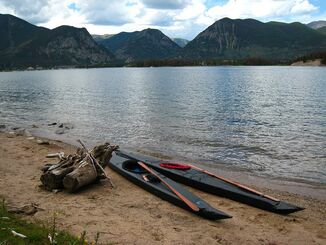 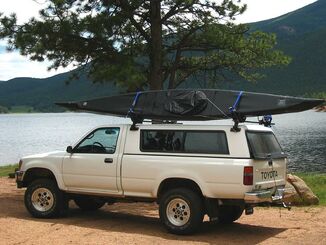 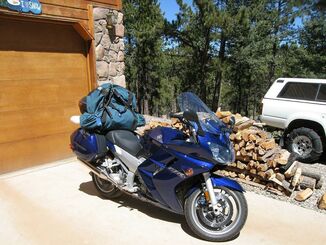 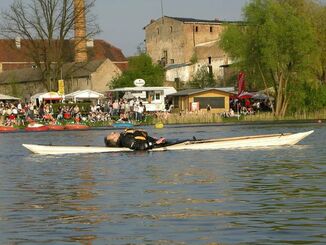 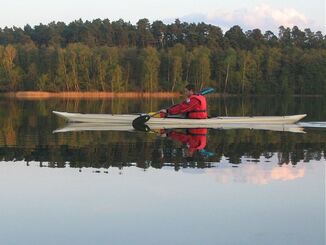